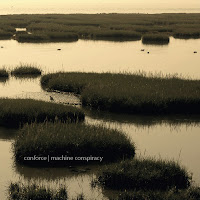 For only the second time we focus an entire show on one artist. First was shed, but this week it is the turn of Boris Bunnik to fill the full hour of Cabeza de Vaca on Scanner FM . Most recognisable as Conforce, he is however using eight different names for his work.

There is plenty of biographical detail in the show as well as a bit of analysis and interpretation. In addition there has been a significant contribution from Boris himself who generously don

ated some time to answer some quick questions by email which will suffice for notes for today. The good news is there is already a new Conforce album on the way, scheduled for October.

CdV: You grew up in Terschelling, but are you still based in Leeuwarden or have you moved on again? Was the photo for the “Machine Conspiracy” album taken in Terschelling? I find the image somehow quite representative of your style as it somehow conveys the idea of “atmosphere” which is paramount to your tracks. How much of that kind of island and low-land geography influences you?

BB: I think the pace here is what is most influential on what I make and do to be honest. The further you go up North the calmer the pace somehow.

I'm not aware of a specific atmosphere, it's a sub concious thing. But looking back you might be able to declare or relate sounds/music to a certain environment.

The image from the machine conspiracy album was taking on the island indeed. I go there every once in a while but my main city at the moment is Leeuwarden.

We have space, I think it's always present in the music.

CdV: You also work as a photographer and designer. Your other photos are often architectural and geometric to emphasise “form and function” and even dystopian ideas yet you have said that a lot of your music is “non-linear” which seems to work against this idea of “physical control” or “architectural” production methods. What would you say then are your non-musical influences on your sound?

BB: I don't like to pinhole things but when it comes to photography I would say i'm a guerrilla street photographer. It's something i'm developing every day and planning to exhibit in the future.

When it comes to photography/electronic music and artwork. I do love  symmetry, textures, lines, grids etc Abstract stuff.

Non-musical influences are mainly travel experiences, conversations with people and the empty moments where you have time to clear the mind and get refreshed to be able to start and enter new creative paths. So nature s very influential. 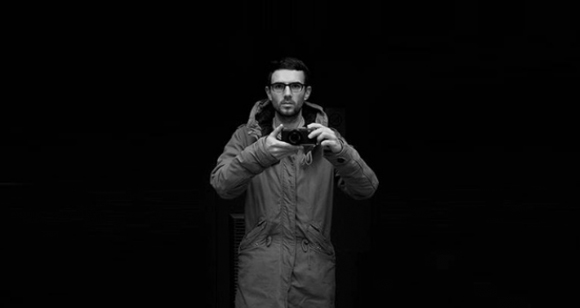 CdV: Sticking a bit with the Netherlands, you have tended to release mostly on Dutch labels. How important has the community there been to you? One curiosity I also always had was with language and was always fascinated by artists from say Netherlands or Germany releasing track and album names in English. It is obvious from an accessability point of view, but have you ever considered using more of the Dutch language to express this idea of community or origin, for example?

BB: I don't really feel part of a community, maybe a bit in my own town because there is something creative expanding here.There are a few down to earth like minded people here I can go along with very well. Shared passion and friendships are the base.

I think the web connects communities and this helped me to establish and get inspired for sure.

I have a strong relation with the Dutch labels and I like to keep it this way. Communication in your own language is a lot better and somehow more trustworthy. The music should have a proper platform. Delsin and Clone offer this. I have a lot of confidence in them also on the long term. I've stepped a bit away from the of releasing tiny bits on labels all over the globe. It's a bit strange sending a personal product over to someone you really don't know, and you may hope you get your little amount of money for it.

Never felt the urge to use dutch titles because it sounds pretty retarded. I can't take it serious because the titles get too much attention or something.

CdV: You have now used up to 8 aliases Conforce, Hexagon, K2vx, Mi-24, Silent Harbour, Vernon Felicity, Versalife and even Boris Bunnik! Except for Conforce and your earlier work under your own name, most of these aliases seemed to have started around the time of the Conforce “Escapism” album. Was that coincidence or was it a way to kind of escape (sic) the success that Conforce was achieving at the time and give you a bit more freedom to explore creatively?

Diversity is really important to me. And Using the names helps me to focus a bit more.

But in the end it's all me. It really isn't about the name but about the music but for me it's a way the get a way of the whole perception you create.

Maybe I'm too stubborn to do just one thing, always resisting routine. Sometimes I think I have audio schizophrenia. My brain works like this, it gets bored easily. Sometimes this is an advantage. There was a sort of fusion going on as well of all projects in the new Conforce album that will be released on Delsin at the end of October. 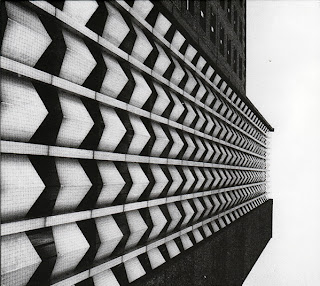 CdV: In an interview with “What people say” you mentioned that each of the aliases is a kind of mood which is very clear: Versalife is more electro, Conforce more Dub for example. But are there any hardware and or software differences as well behind the names to help keep them apart, or are your moods drawn to different equipment or processes in the studio?

BB: It's all mood related. Of course instruments colour your music but it also depends on how you control them and shape them.

But in general the timbres are coming from the same pieces of gear.

CdV: How do you play live these days in terms of the aliases? Do you now get a lot of bookings for Versalife and people come expecting the Conforce sound? Is Vernon Felicity more of a live project and Conforce a DJ, for example?

BB: Depends on what people want. As conforce live I play very diverse livesets. Not the typical loopy orientated sets most people do, or over conceptualized.

I can go a bit more deeper or more focussed on the floor. It's about the balance.

Versalife is only live. With other projects I don't have any ambitions to go on stage with a specific sound. That was never the intention to conceptualize it.

Also with the Versalife project, it just was there. No concept.

CdV: K2vx and Mi-24 so far have only one track each. Will you keep developing these aliases or were they just one offs? Is there any meaning behind the names?


BB: No they were fun projects and I shared a fetish for Russian helicopters with Jorn from other heights. That's why.