Shining the light on Spiritualized

Since the break-up of Spacemen 3 in 1991, the two main protagonists, Pete “Sonic Boom” Kember and Jason “Spaceman” Pierce have gone on to wildly different things with quite different degrees of success. Sonic Boom has quietly droned away as the prolific and ambient Experimental Audio Research (EAR) and his less visited, but highly loved pop alias Spectrum (who's first album has just been re-released on vinyl alongide the Sonic Boom "Spectrum" album). Yet somehow Kember feels confined to the outskirts of indie-dom and the more academic circles of experimental music.

Spiritualized on the other hand, have engrained themselves into British music history, releasing either one or two classical albums (depending on your point of view), headlined festivals and the Royal Albert Hall and still make the papers whenever there is some news. Pierce is thus a legend, although at times his music has been questionable, whereas the more consistent Kember is frequently overlooked.

There are some parallels to be made with another British song writing power house, John Lennon and Paul McCartney. In the final days of The Beatles, McCartney was praised for his championing of experimentalism, like allowing William S. Burroughs to use the Abbey Road studios, and yet went on to produce a whole lot of dross for many years as if he had learned nothing.


Meanwhile, Lennon was holed up at home, drugged out and wondering where to go. In the process of finding out, he made several influential and enduring albums, as well as a lot of dross, before his untimely end. The enduring reputation of the two men, like Kember and Pierce is starkly different. The key word here is obviously “enduring”, that might also be defined here as “the functional myth of something”.

McCartney of course bears some resemblance to Pierce who, despite all the posturing and the occasional brilliant track, has largely underwhelmed on disc recently, whereas Kember might not have a cemented classic in his solo discography, but he nonetheless has accumulated an unshakeable respect and his discography is less accessible, but nonetheless consistent. It’s a shame that commercial success doesn’t always mean credibility. 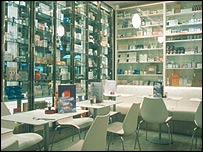 The problem for Spiritualized is really their supposed classic “Ladies and gentlemen we are floating in space” (1997). While a fantastic album it nonetheless only served to roust Pierce into a corner from which he is still trying to escape: each album since then has, at worst, copied from the template (in particular the hit and miss follow-up “Let it come down”), or at least cherry picked from the same musical and lyrical ideas. But “Ladies and gentlemen…” ’s other problem is that it is also not a perfect album musically. It’s classic status comes from its importance to the moment it was released: a Britain savouring the first post-Tory days with Blair’s New Labour government as well as the thrum of being “Cool Britannia”  with both Brit-pop and the now infamous Sensation exhibition conquering the world. The album’s packaging both acknowledged this, in particularly the work of enfant terrible Damian Hirst who around the same time as the album release opened his chemist shop-inspired bar The Pharmacy in London’s en vogue Notting Hill, based on a 1992 work. But the second half of the album suffers somewhat from a lack of ”endurability” in songs and form, even while the sentiment and lyrics occasionally still run rich with Pierce’s sincerity. Without the epic “Cop shoot cop”, still probably Pierce’s best solo song, the album would easily fade away. 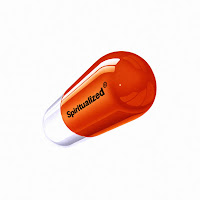 Indeed, the sincerity that made “Ladies and gentlemen…” so famous became the most obvious tripping point in the subsequent albums, with lyrics lacking poignancy as they searched for that same, intimate revelation, but often ended up sounding corny and, with time, repeated, thereby dulling the meaning. Musically as well, Pierce seemed to be struggling for direction, trying to rough things up on “Amazing Grace” for example, while playing stripped down as “acoustic mainlines”, or losing the once ubiquitous gospel choir. Even the artwork has become a little resurrected, with the stark green lettering of “Songs in A&E” very reminiscent of the new “Huh?” cover, or the inner photo of the bloody-nosed pierce resembling the pasty portraits of “Amazing Grace”. Finally, even the stories of ill health and near death start to sound weary. Pierce recorded the recent album in difficult circumstances, undergoing experimental drug treatment for a serious liver condition. The drug company Roche is even credited with thanks, alongside Haribo, presumably for his daughter Poppy who is also credited on two tracks. “Songs in A&E” was famously preceded with the story of Pierce literally dying of double pneumonia with his partner and daughter by his side while there is almost no point in mentioning the broken heart that inspired “Ladies and gentlemen…”. But go back to “Let it come down” and Pierce was bemoaning fake internet stories that said he had lost all feeling in his legs that, retrospectively, doesn’t seem so far-fetched.

But my argument is that “Sweet light, sweet heart” is one of the best Spiritualized albums for a long time, by both default and merit, but also that Spiritualized’s debut “Lazer guided melodies” is more of a classic than “Ladies and gentlemen…”. Not only is it genuinely psychedelic, unlike much of the new material, despite the frequent drug references, but it has more expressive song writing and Pierce’s exceptional level of detail in the production. Just as importantly it is sincere and fallible. One feels and relates to the uncertainty of the world that Pierce describes and transmits, perhaps inspired by the breakup of Spacemen 3? In particular the C-side double of “Take your time” and “Shine a light” are perhaps the only true rivals to “Cop shoot cop” in intensity and perfection. Live versions delivered on the records potency while the rest of the album is just as perfect, as are the many singles that accompanied it at the time and eventually became the compilation-like "Pure phase".


(This live version of "Shine a light" that becomes the extended jam "Clear light/clear rush" is one of the other pinnacles of Spiritualized's output from the "Fucked up inside" live album).

The new album works better than predecessors by sounding a bit more earnest lyrically and musically. Sure, Pierce is still copying and pasting from old material, like the lyric “I got two arms that hold you but no mind for the road” from “Freedom” which recalls “I’ve got two little arms to hold on tight and want to take you higher” from “Soul on Fire”. What makes the difference here is the use of more 3rd person narratives whereby Jason becomes the observer and recorder of events, a bard, like a less dramatic Lou Reed. As well as the homage to Reed in the title, there are some Reed-like tributes to women like the lovely lead single “Hey Jane” and “Mary”, whereas the excellent “Headin for the top” and the aforementioned  “Hey Jane” have voluminous lyrics by Pierce’s standards.

The change in lyrical style may be due to age or being a father and thus the need to have a certain distance from the often seedy and/or spiritual subject matter. That said, Poppy does sing on several tracks including some weird lyrics on the closing “So long you pretty things”.

Curiously, the title and sound pays homage to the David Bowie track “Oh! You pretty things” from “Hunky Dory”


This is not the first Bowie tribute in the music of Spiritualized. The main riff from “Come together” is an homage of sorts to the finale of “Rock n roll suicide” from the “Ziggy Stardust” album.

One of the interesting features of this video is the lyric “Little Johnny’s all messed up”, sanitized for radio friendly air-play from the original “Little Johnny’s sad and fucked” that appeared on the slightly longer album version. Not the first time Pierce, or indeed Spacemen 3 censored lyrics. “Walking with Jesus” once sported the lyric “I can’t stand this life without sweet heroin”, occasionally sung live, against the official version of “I can’t stand this life without all of these things” from "The Perfect Prescription". Strange that such confrontational groups would see the need to tone their language down. At least in the "Walking with Jesus" case, the censored lyric has more universal interpretation.


(lyric around 2:30 in this demo version. Note the sound is also very reminiscent of The Cramps, one of Kember’s favourite bands at the time).


But while “Sweet light, sweet heart” is a good album, it still is not quite one that seems like it will endure like some of its predecessors. The trippyness of the third vinyl side, in particular the excellent “I am what I am”, gives way to an okay country and western finish, but one laced with far too many (more) lyrics about Jesus. Having been so close to death so many times, and so close to life with his family, you can forgive Pierce for the searching, but slightly redundant questions about the meaning of life and the need for salvation, but a little bit more diversity is needed to elevate the album to the next level. But the overall feeling is one of gladness to have Jason home and well again, but still hoping that he will get better still and make at least one more classic before he finally does go walking with Jesus.
Posted by floatinghead / Cabeza de Vaca at 2:35 PM